Hurricane Windows Are More Important Than You Think

Hurricane windows in Pinellas County, FL have obvious benefits and since Florida often sees hurricanes, it makes sense to have them installed on homes in this area. Hurricanes have caused immeasurable damage over the years due to strong winds that can penetrate homes through the windows and doors. Once the winds are in, the damage is just beginning, and it can push your progress in life back several years. Since there’s a specific hurricane season in this area of the country, that means hurricanes hit often. DO you really want to be in that vulnerable position every year? Or perhaps even more than once a year? Hurricane windows are highly important to avoid the mess.

Hurricane windows aren’t really like regular windows, even though they look very similar. They do come in various materials, colors, and styles, like normal windows, but the glass has multiple layers of laminated glass with films of thin vinyl between them. There are also even stronger hurricane windows with more layers of that glass between the panes for further protection.

Winds during hurricanes are bad, but the debris that the wind blows around with it can be even worse. That debris hits your house at racing speeds and if items hit the windows, it can easily get in through normal glass. Then, the things in your house blow around, debris and rain get in, and the pressure of the winds pushes up on the roof, possibly causing structural damage or even ripping the roof off completely. But with hurricane windows in place, the debris can hit the window, and it still won’t break. That means no rain, no debris, and no rain get into your house. Your possessions are much safer.

Hurricane windows have existed for a while, but the latest technology has made them even stronger than before. They are often tested using projectiles and air pressure to see just how much they can stand before they are declared hurricane windows that are suitable for your home. While they cost more than regular windows, they are cost-efficient because you don’t have to replace them like you would a regular window, which would shatter under the hurricane debris and pressure. 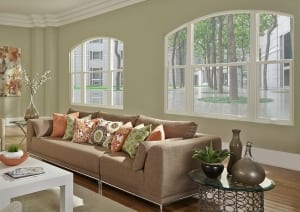 You also want to think about the losses you could incur in your home if a hurricane were to break through. You have precious things you can’t replace, like pictures, and other items that you want to protect.

Another benefit of hurricane windows is their high ability to maintain energy efficiency in the house. They allow nothing through the glass, which makes your energy bills go way down, where they belong.

When you are interested in hurricane windows in Pinellas County, FL for protection against storms, it’s nice to know that they are even more important than you might think. You are getting what you pay for and then some. The professionals at Clearwater Window & Door Inc are here to help you figure out just what you need to protect your home from bad storms.

Monday – Friday 9AM – 5PM
Saturday By Appointment Only